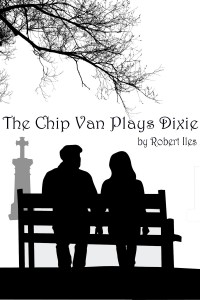 This year’s one-act play is called “The Chip Van Plays Dixie” and is currently scheduled for the Avon Association of Drama Festival on 15th February 2014.

This is a two-hander (1m, 1f) poignant comedy set on a park bench outside a cemetery where two strangers meet. Gary is a local man who has lost his wife and Babs a woman on her way to Australia who feels she has lost everything.

We may perform this a second time at the RAFT A One-Act Festival and, once we have performed and I have tidied up the script with any last minute changes it will be made available for performance (probably through StagePlays).

Now that The Blakehay Actors Company are no more we have put this one together under the auspicies of PostScript Players. Unfortunately this means that we are not working this time with Becky and Gaye but it is shaping up well despite the somewhat distributed nature of the “company”.