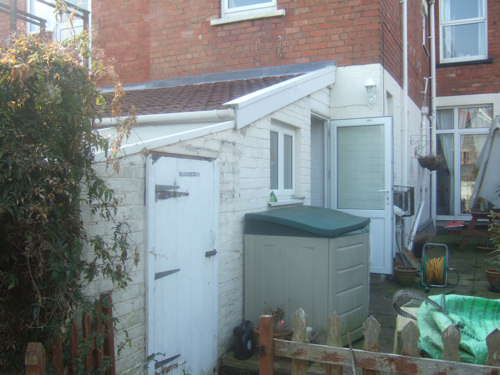 The way we were

The new kitchen got the go-ahead and the builders turned up exactly when they said they would and simply got on with the job … yesterday they knocked down the out-house (hence us having the new shed saga) and most of the walls of the existing “extension” (old coal hole and outside toilet) leaving just the toilet and its roof. Some fun sorting out the electrics but once that was done, and the boiler man and window man had visited, all went well.

There does seem to be  some kind of an issue with the step between the old and new roof and how that is to be achieved in a building regs compliant sort of a way but I leave that to the builder an architect to sort out .. 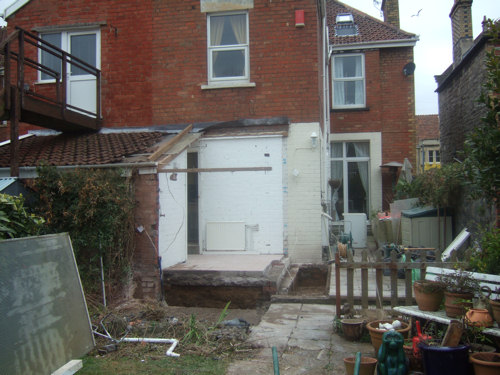 After the first day

Everything left clean and tidy – a good day!

Day two saw the digging out of the new foundations proceed a-pace, until, that is, it got bogged down (literally) in the muddy underground mess left by a burst drain pipe … old drains, sandy soil, what can you expect .. but it will mean a delay … and more expense