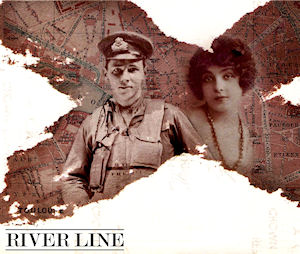 The Jermyn Street Theatre’s production of Charles Morgan’s The River Line will star Charlie “Twighlight” Bewley and his  sister Lydia Rose “Inbetweeners Movie” Bewley in the lead roles. Joining them in the cast will be Alex Felton, Dave Hill, Eileen Page, Edmund Kingsley and Lyne Renee and the show is directed by Anthony Biggs.

Based on his own wartime experiences, Morgan’s 1949 novel was adapted for the stage at the Edinburgh Festival (1952) where the cast included Paul Scofield and Virginia McKenna. It is the story of a group of downed, allied pilots in occupied France in 1943 hiding from the Nazis in the granary of a farmhouse owned by a member of the resistance. Tensions rise as they await news of the last leg of their journey through occupied Europe to the Pyrenees along the escape route known as ‘The River Line’. As midnight approaches, one brutal action of terrible suddenness is to haunt their lives forever. It is the story of normal men and women are caught in the turmoil of war and how ordinary people are forced to face up to extraordinary circumstances.

Jermyn Street Theatre’s recent critically acclaimed production of Tennessee Williams’ The Two-Character Play, directed by Gene David Kirk, is to transfer to Provincetown, USA this September for the writer’s 100th Birthday celebrations with a transfer to follow for a twelve week run Off Broadway in the late autumn.

SeatChoice is proud to be a supporter of The Jermyn Street Theatre.