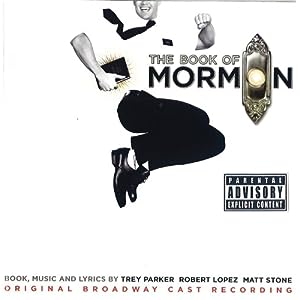 The multi-award winning Book of Mormon looks set to come to the West End in 2013 – click on the cover to the right to get the soundtrack on Amazon (or listen to clips) but go elsewhere of you’re easily offended … actually, you might be offended even if you are not easily offended!

Personally I think that Trey Parker, Matt Stone and Robert Lopez have produced a masterpiece and only regret that I will have to survive on just the soundtrack for another year!