The RAF Theatrical Association, in association with the RSC Open Stages programme, presents a heavily abridged modern take on Macbeth 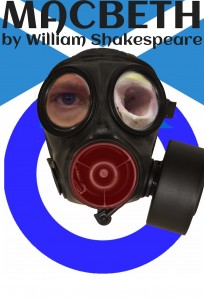 It’s 2016, following the yes vote in 2014, Scotland is an independent country standing alone for the first time in over 300 years.  Under the Kingship of Duncan and facing enemies both without and within, the Royal Scottish Air Force have been tasked with protecting the country during this time of instability.  Can Scotland defeat her enemies without England’s support?

The Royal Air Force Theatrical Association, “RAFTA” for short, was founded in 1974 with the aim of improving theatre in the RAF. RAFTA is a registered charity with over 400 members including serving RAF and Army personnel, ex-serving personnel, dependants and other civilian members. As well as an annual NDFA affiliated One Act Play Festival the association supports clubs on a number of RAF stations as well as producing a biennial major project at a professional theatre.

The RSC Open Stages programme aims to embrace, develop and celebrate amateur theatre, re-forging the bond with the world of professional theatre. RAFTA has been associated with the programme for two major projects; Return to the Forbidden Planet (Cambridge, 2011) and Much Ado About Nothing (Oxford 2013) and continues its involvement with this short, sharp production of Macbeth.

Alison Kirkwood, the Director, says “I grew up at RAF Kinloss, a base sadly now closed, and cannot remember a time when I did not know that I was living in ‘Macbeth country’.  My parents took me on trips to Cawdor Castle and pointed out that this was where Macbeth lived, we shopped in Forres and were surrounded by any number of “blasted heaths” perfect  for supernatural interventions”. She goes on”So when I was invited by the RSC Open Stages project to put together a Shakespearian production that specifically reflected our connection with the Royal Air Force, Macbeth was the obvious choice.  Updating the play and cross gender casting has been a thrilling challenge, we’ve altered history slightly and envisioned a troubled independent Scotland.  By heavily editing the script we have reduced the running time to achieve a punchy, modern take on Shakespeare’s tragedy.”