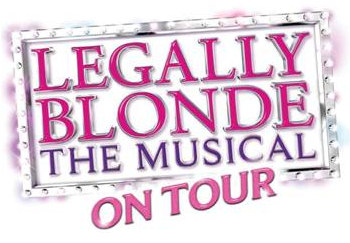 The West End and Broadway sensation and winner of Best New Musical in this year’s prestigious Olivier Awards Legally Blonde The Musical hits the road for its first ever UK tour. The tour premiers at The Liverpool Empirefrom 8-16 July before continuing around the UK and visits The Bristol Hippodrome from 19 July – 6 August 2011 …

Legally Blonde The Musical won Best New Musical in the Whatsonstage.com Awards 2011 and was nominated for 5 Olivier Awards, going on to win Best New Musical, Best New Actress for Sheridan Smith and Best Supporting Role in a Musical for co-star Jill Halfpenny. Now our fabulous heroine Elle Woods is headed for Bristol and set to take the city by storm before wowing the rest of the UK!