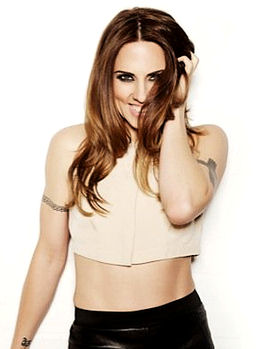 As part of their new Pop Goes the Musical 2011 initiative, BBC Children in Need and We Will Rock You have announced that former Spice Girl Melanie C will be giving a very special one off performance of a song from the hit Queen musical.

Pop Goes the Musical is a charity project that, in conjunction with major West End shows, gives musical loving celebrities a chance to perform a hit song from a hit show live on a West End stage.

We Will Rock You will play host to Melanie C on 13th September 2011 where she will be ‘popping up’ at the Dominion Theatre to sing the Queen anthems, ‘We Are The Champions’ and ‘We Will Rock You’.

When asked about being given the opportunity to join the cast, albeit briefly, of WWRY, Melanie had this to say: “I am so excited to be performing with the cast of the incredible show, We Will Rock You. I have always been a huge Queen fan and standing on the stage of the Dominion Theatre to sing one of the band’s anthems is an absolute honour and a great way raise money for such a fantastic charity.”

We Will Rock You is a musical based on the phenomenally popular songs of the rock band Queen. Unlike many “back catalogue musicals” the show is not the story of Queen but is a science fantasy set in a dystopian future where originality and individual flare is looked down upon and rock ‘n’ roll is dead – using modified lyrics to the songs this tongue in cheek show is just a good excuse to have a great night out. The show opened at the Dominion Theatre in London on 14 May 2002 and recently celebrated its 9th anniversary. We Will Rock You is the longest running musical to have ever been staged at the Dominion Theatre.

We Will Rock You tickets for The Dominion, London. Compare live price and availability information using the unique SeatChoice live date search. Check out great meal deals and theatre breaks as well.