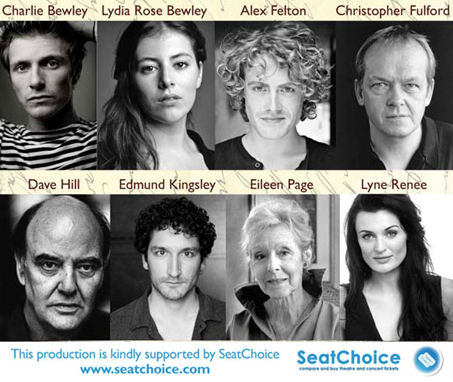 The Cast of The River Line

The Jermyn Street Theatre production of The River Line will preview in a week’s time on 4th October.  As supporters, we will be there on Press Night on 6th to see Charlie’s professional stage debut alongside his sister in this physically small but artistically significant theatre.

The Jermyn Street Theatre’s Artistic Director, Gene David Kirk, is just back from America where his production of Tennessee Williams’ Two Character Play was an invited, and much admired, entrant in the Provincetown Tennessee Williams Theater Festival.