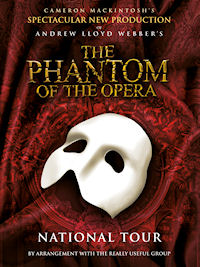 Cameron Mackintosh has created a new production of The Phantom of the Opera to tour the UK starting in 2012 which will star John Owen-Jones as The Phantom (the role he is currently playing in London) and Katie Hall as Christine (a role she is the alternate for in London). The role of The Phantom will be shared on the tour with Earl Carpenter (currently touring in We Will Rock You). 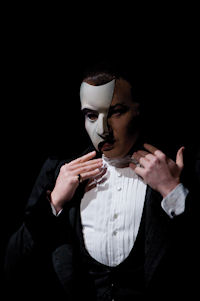 This new production is directed by Laurence Connor and has design by Paul Brown, Maria Bjornson, Paule Constable and Mick Potter. Choreography is by Scott Ambler and the whole show will be overseen by Matthew Bourne and Cameron himself.

The tour opens in Plymouth and will be in Bristol May/June 2012 for the Bristol Hippodrome’s centenary year (tickets on sale from November 10th) – further venues include Manchester, Dublin, Leeds, Edinburgh, Milton Keynes, Cardiff and Southampton.