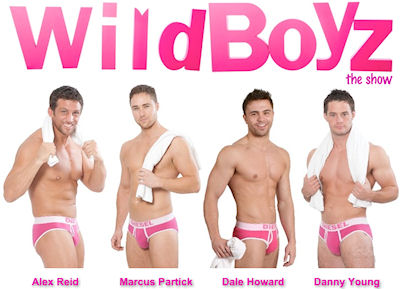 Described as “The Full Monty meets Ibiza” WildBoyz is a male glamour show with a bit of a story and a lot of tease.

The four boys are on their way to a mates stag party when their aircraft is diverted by an ash cloud (there, even some topical-ish references) and has to land in Spain where they are put up in a cheap hotel. Staying at the hotel are a hen party awaiting the arrival of international male strip act the “Wildboyz” but their aircraft has also been re-routed. Will the British lads allow the hen’s to go un-titillated? I think not … they step up to the mark and prove themselves to be true men … what terrific British spirit 😉