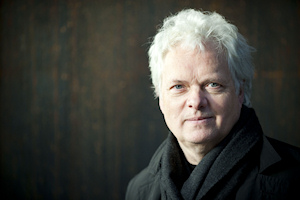 The International Ibsen Award, one of the world’s most prestigious theatre prizes, is awarded for bringing a new artistic dimension to the world of drama or theatre.

Heiner Goebbels was born in Germany, 1952. He has composed and directed music theatre since the 1990s. Some of his most famous works include Black on White, Max Black, Eraritjaritjaka, Stifters Dinge, and Songs Of Wars I Have Seen, most of which have been produced by Theatre Vidy, Lausanne. Goebbels is professor at the Institute for Applied Theatre Studies of the Justus-Liebig-Universität Gießen, President of the Theatre Academy of Hesse, and artistic director for RUHRTRIENNALE.

In making the award, the Jury said “Heiner Goebbels – creator of works for theatre, theatre director, composer, musician, teacher and festival programmer – is one of the great creative personalities of today.

He is responsible for an astounding body of work in disparate disciplines and has exerted a profound influence on theatre practitioners and musicians.

His theatrical work extends from a large scale work for the opera house to an installation for theatre without actors. Each piece is essentially different in character and form and each is genuinely ground breaking. He is a true innovator and his works defy conventional definition.

He has explored and expanded the relationship between theatre and music and in so doing has developed the elements of theatre in a way that has opened up new insights and possibilities. In this way he fulfills the fundamental purpose of theatre to widen our experience of ourselves and of the world.

His work has been seen in over 50 different countries transforming the experience of audiences and influencing a wide range of performing and creative artists.

The power and significance of his work will in the future increase and will influence theatre and theatre making for the decades and generations to come.”