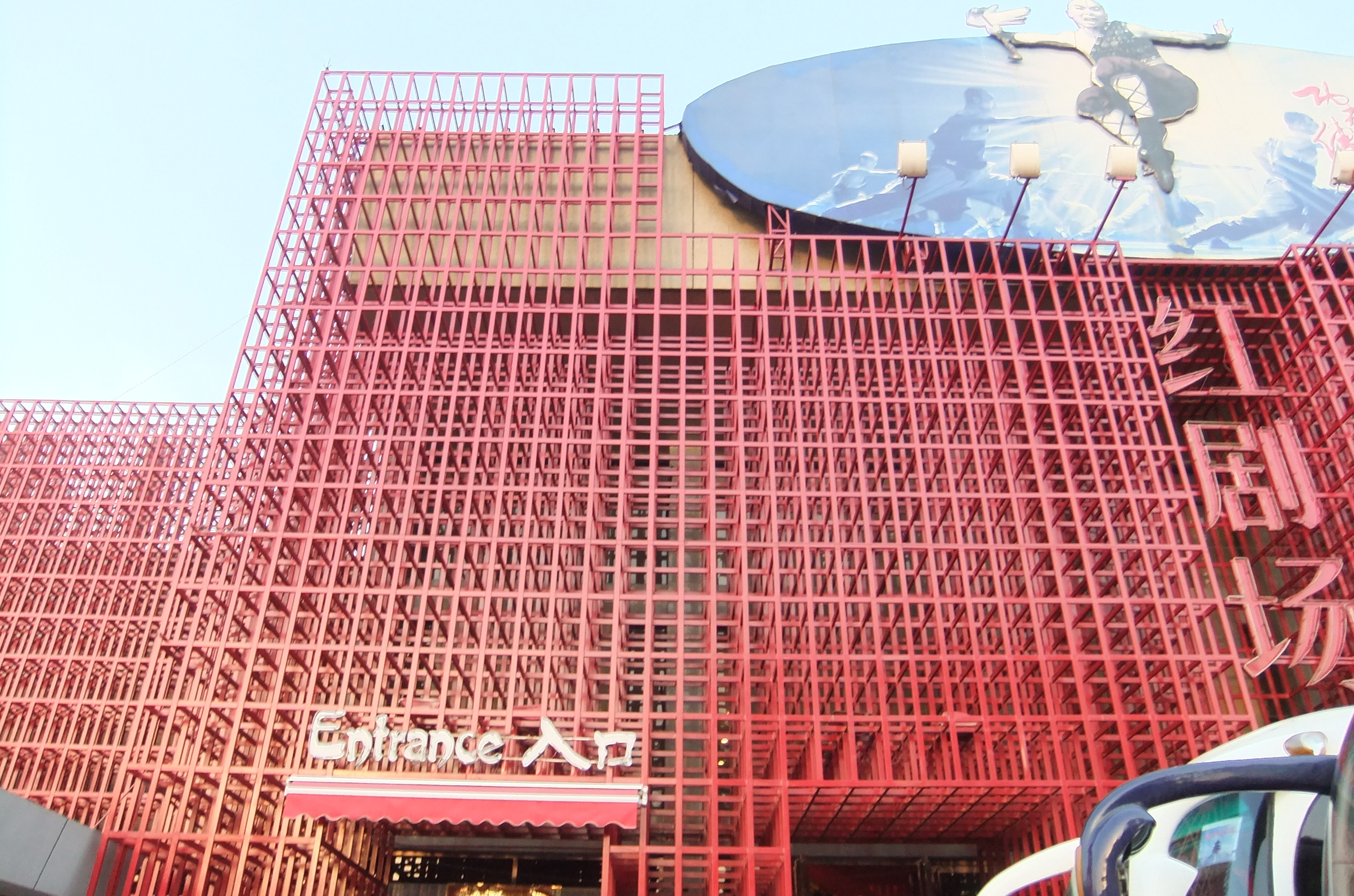 We recently toured around parts of China for 18 days, what a fascinating, beautiful and strange mixed-up country it is. Tourism there is massive, but mostly internal as many Chinese appear to have never travelled much.

Our first show was at the Red Theatre in Beijing – Shaolin Warriors, in fact a show that has toured (and is still touring) UK and Europe. Its a good show, lots of amazing feats and a limited story told, strangely, in English. The first thing we noticed was that there was no programme and quite limited merchandising – a missed opportunity perhaps and a strange omission as it meant we had little to take away with us. The sets were a bit wobbly but apart from that we enjoyed it. The second thing that we noticed was that Chinese audiences really are in a world of their own, they arrive late, make lots of noise, chat constantly (and not in whispers) and take as many flash photos as they like. Very odd. We discussed it with our guide afterwards who couldn’t understand the concept of not letting in latecomers – she thought we were penalising them and had no concept that we were preventing disturbance of the remaining audience 😉 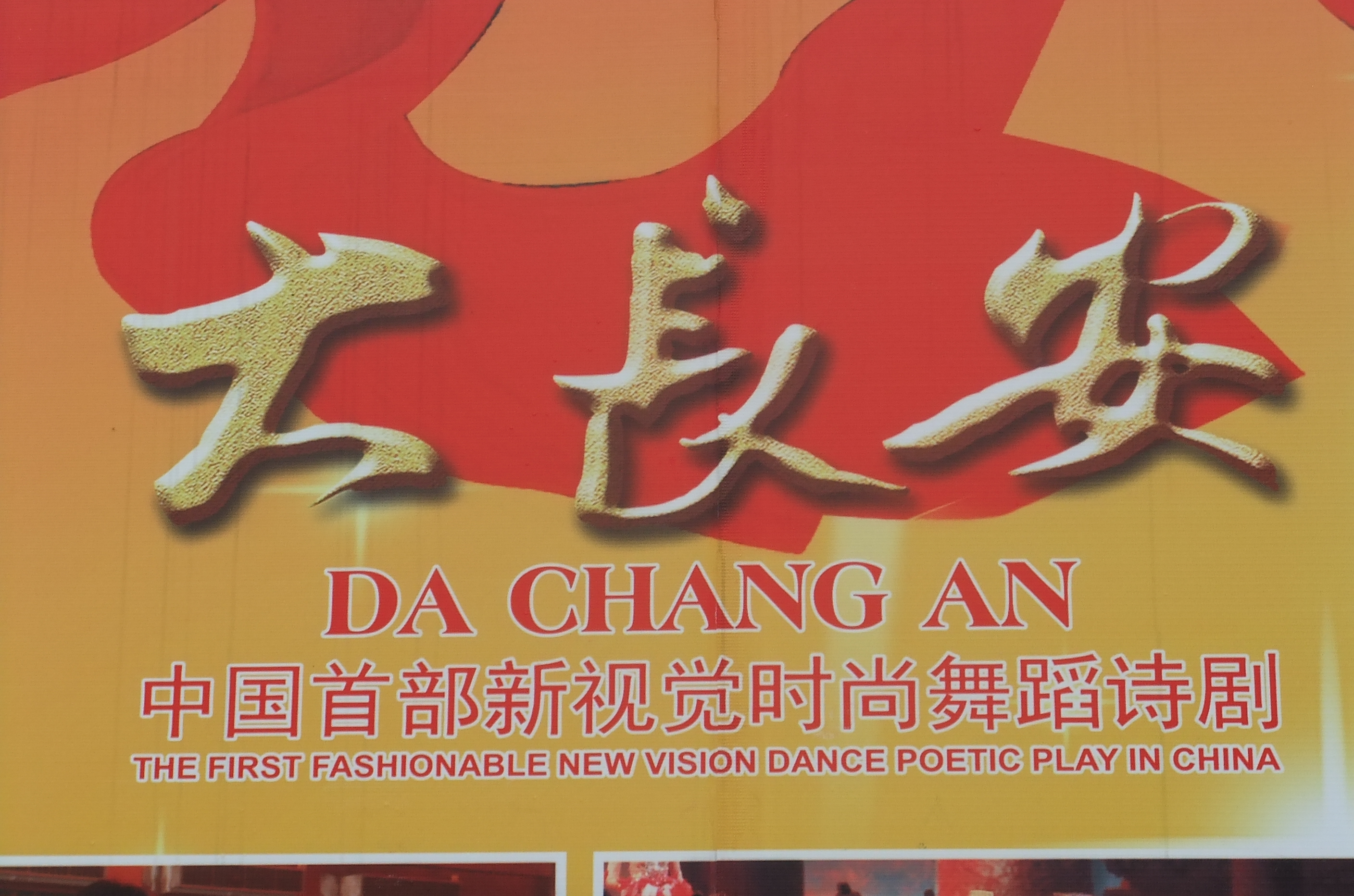 In Xi’an we saw the poster shown here outside a theatre – “The first fashionable new vision dance poetic play in China” – we think that might be their equivalent of a musical but we’re not sure!

While in Xi’an we also saw a Tang Dynasty show which came with an 18 dumpling banquet, rice wine and beer – a dinner show for around £30 a head! I really, really enjoyed this, authentic (to me anyway) Chinese music, humour, dances and costumes. Greatly enjoyed by the mostly Chinese audience and a small slip of paper provided as a “programme” .. John Good, there’s an opportunity there I think 😉 Again, massive amounts of pointless flash from a distinctly noisy audience. 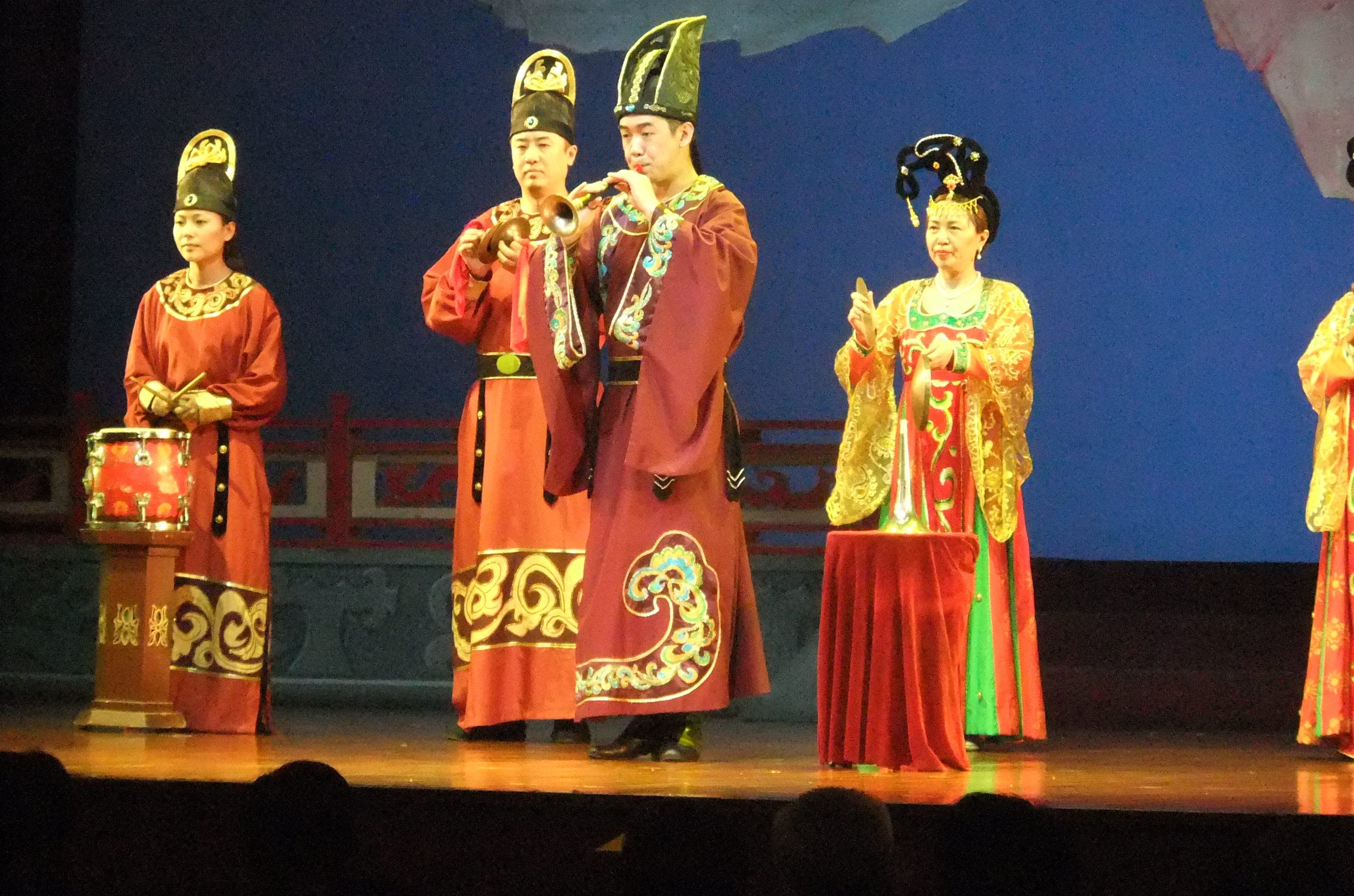 In Shanghai we saw an acrobatic show with acts that could have graced any Cirque du Soliel event (and actually might have done in the past!) but with production values that would have failed any amateur! Really, between each act they just went to black and rushed about on stage moving the faded props about in the dark and silence. Good show, “no photography” so only a limited number of flashes! 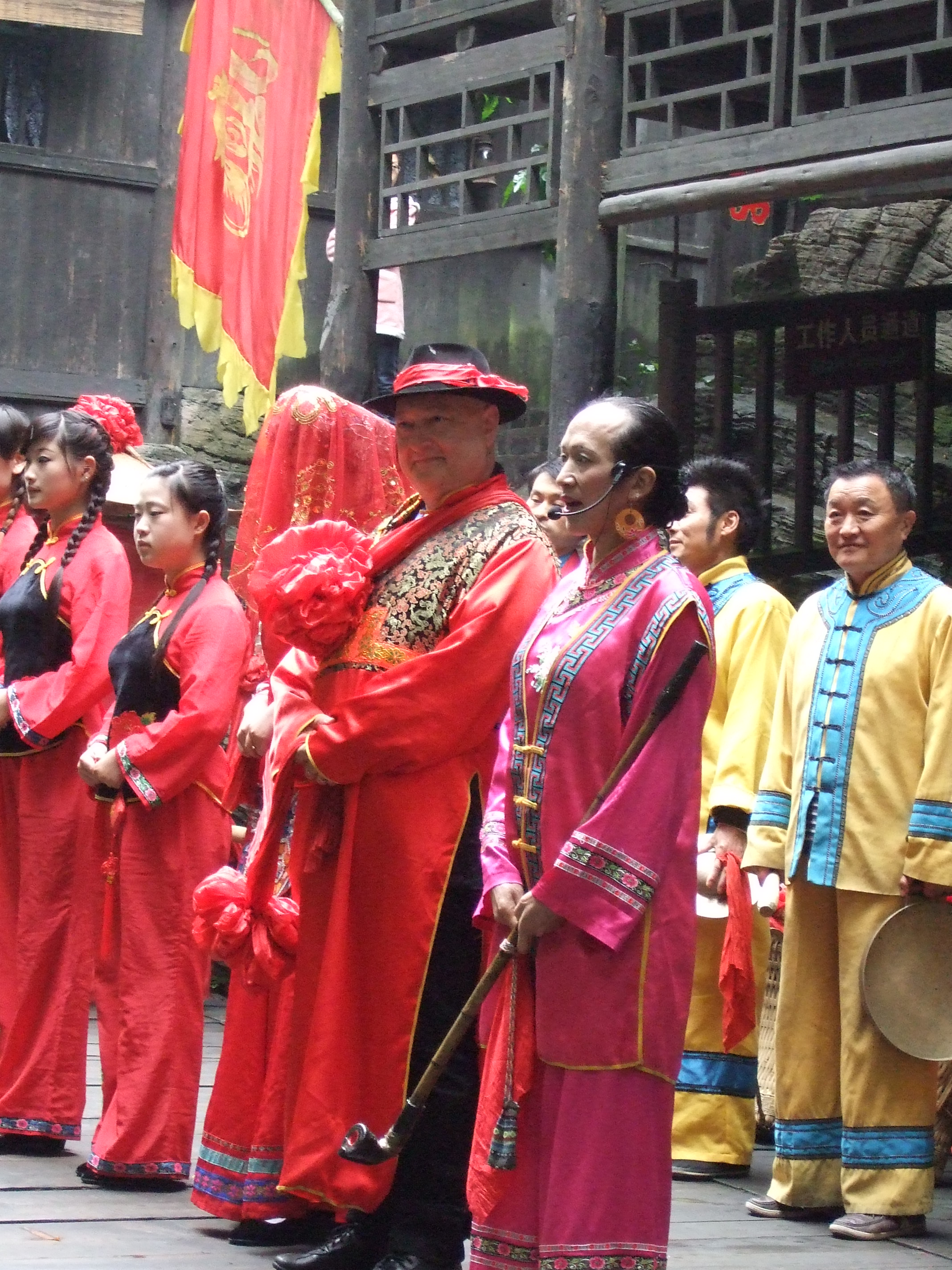 Whilst cruising the Yangtze we were given two sets of “crew show” entertainment – again the boat was largely Chinese o why they chose the waltz, macarana and birdie song (there are photos of me on stage here but you cannot see them!) I do not know. The less said the better, the dance captain did a stirling job but there was a distinct look of panic in the eyes of the other performers, not least because their costumes were only held on with safety pins 😉

The picture on the right here is not really a show, I was dragged out from hundreds to demonstrate a wedding ceremony and had to sing the responses in Chinese – why me? I must have that sort of face 😉

In Yangshuo we saw the son-et lumiere, this is massive and again the audience is mostly Chinese – getting a ticket can be hard simply because it sells out all the time – one of the directors did the opening ceremony of the Beijing Olympics. Here there was a proper programme and even a DVD if you wanted it. It was very impressive with 600 performers on the river and even 12 mountains being illuminated as part of the show.  “No photography” was announced in many languages but that was a complete waste of time, the moment the show started half the audience lifted their phones, cameras, videos, ipads and more to capture the whole thing – the “lumiere” as the light shining back in their faces. The people in front of me videoed the entire show, well, not quite as like many of the Chinese audience they left two numbers before the end … the show does need to up its volume though as having an audience that size chatting away continuously means its quite hard to hear!

It is a cultural thing but the Chinese really don’t get “sitting quietly and watching theatre” .. in fact, while we were there, the Chinese Minister for Tourism berated his own people for behaving badly when travelling; spitting in the street, talking loudly all the time, failing to understand the idea of a “queue” 😉 What was marvellous, though, was to see so many shows packed to the rafters – you can’t knock that!